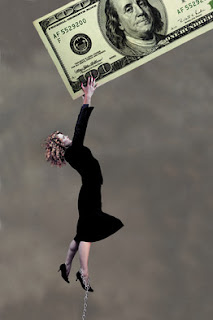 The Talk: Gender and Incentives: An Experimental Study on Competition and Cooperation (co-authored by Iris Bohnet and Kathleen McGinn)

The Question: How does gender influence earning ability in men and women?

Do women cheat themselves out of better pay because they don't like competition?

A new study presented at WAPPP yesterday suggested that this may be the case – but only if they don't like the work they're performing. The paper, “An Experimental Study on Competition and Cooperation”, co-authored by HBS professor Kathleen McGinn WAPPP's director Iris Bohnet, sought to examine the factors that drive competition and cooperation between men and women.

The results, presented by Pinar Fletcher of the Harvard Business School last week, are mildly depressing. They suggest that gender stereotypes may hold true when it comes to understanding how men and women think they should be paid.

Critically, men performed better in competitive rather than cooperative settings, and also thought they performed better overall. “Men are more likely to think they will earn more in verbal and math competition than women do,” said Fletcher, a finding which implies that men tend to overestimate their earning ability. Conversely, women underestimate their earning ability in competition and cooperative settings. Such findings, if supported by future studies the team plans to conduct, could have a significant impact in how we understand the way men and women compete for salaries and respond to incentives in the workplace.

This may seem like a disheartening find that feeds prevailing stereotypes: women are talkers, men are number-crunchers. Women shy away from competition, but men thrive on it. But an astute audience of female scientists, statisticians and students were on hand to question the results and suggest that further studies are needed to better understand the dynamics at play.

“Did women like cooperation better because they thought they would win more money, or because they felt more comfortable making mistakes in front of other women?” one student asked, implying that motivation plays a significant role in determining cooperative behavior.

“Did you control for the preference of math or reading?” asked another audience member. The woman, who is a scientist and a mother, questioned to what degree the preference of subject matter (math vs. reading) influenced how well men and women performed such tasks in the study. “There can be a tendency to attribute aspects of personality to gender, but in fact a lot of things are not gender specific,” she said.

For now, the jury is out until the final results of the study are tabulated. But with a lingering gender wage gap that prevails across industries and a yawning wage gap by state in the US, studies such as these can help to unpack the dynamics of a woman's worth in the workplace -- and what may be keeping her from her full due.

*Photo courtesy of online.wsj.com
Effie-Michelle Metallidis is a guest student blogger for the Women and Public Policy Program and Master in Public Policy first-year student at Harvard Kennedy School.
Posted by EMM at 7:22 PM