As a result of increases in public consciousness produced by the efforts of activists over years and even decades, the gendered wage gap is a well-known phenomenon, and rising as a priority concern among women workers and allies. However, while much attention is given to the overall wage gap among women at large, the gap is significantly larger for the segment of women who - according to the U.S. Census - are contributing to over half of the overall U.S. population growth: Latinas.[1] Latinas earn 54 cents to the dollar earned by white non-Hispanic males, totaling over $1,000,000 in lost earnings by one Hispanic female over the course of a 40-year career. The average pay gap for all women is 80 cents to the dollar. These are $1,000,000- multiplied by the more than 26 million Latinas in the U.S. who fall short in their ability to save, invest, spend and build wealth. For immigrant and undocumented women, the pay gap is even wider. This problem is longstanding over many years. This is a concerning issue that has an impact on the U.S. economy at large.
Recent data analysis conducted by CulturIntel™, a proprietary methodology that utilizes advanced data extraction, machine learning and artificial intelligence techniques, highlights differences in the way women discuss career opportunities and pay across ethnic segments. Mining over 300,000 discussions by Hispanic women over the past twelve months across digital platforms, including blogs, topical sites, social media, message boards and other online platforms provides valuable quantitative understanding of a large-scale qualitative input.
Interestingly, Latinas were mostly focused on two primary topics: good pay and job availability. The topic of equal pay actually ranked last representing only 12% of the discussion, even though Latinas fare worse versus all other women in equal pay. This is not surprising considering that workplace norms may dissuade workers, including Latinas, from discussing topics, like equal pay. Conversely, 39% of the discussion by Latinas focused on just getting good pay versus 27% of all women and 35% on discussed job availability versus 25% of all women. This data may suggest that Latinas may face an even more fundamental upstream gap in their careers perceiving less job availability for them and good pay. A hypothesis may suggest then, that once they do overcome this hurdle of “getting the job” the issue of equal pay may not be a known factor or one that is readily discussed.


The U.S. Department of Labor estimates that Latinas represent about 14.7 percent of the women in the U.S. workforce - an estimated 10.7 million workers - meaning that the harms of this gendered wage theft are distributed across millions of families, affecting their current wellbeing and future opportunities of both parents and children. Wage theft committed against women workers is a significant contributing factor toward the current scenario in which 42% of all Latinos earn poverty-level wages and Latino children are among the largest number of children in poverty in the U.S. by race or ethnicity.
For the average full-time Latina worker, the wage gap costs more than $26,095 dollars every year. In some large states, the wage gap is even steeper.
What are some of the factors that contribute to this problem? Some employers under value the contributions of Latina workers. Others may know their value, but may not believe that Latinas will stand up for their rights. Latinas also tend to be employed in some of the most dangerous and least compensated jobs in the nation, including agriculture and janitorial work.
The concentration of Latinas in low-wage, difficult or low-status work is indissoluble from the issue of immigration status. Immigrants are pulled by jobs at wages that workers with legal status would not accept, and are coerced to accept lower wages by the implied or even stated threat of arrest and removal.
Recent data indicates that non-citizen Latina immigrants earn just 37 cents to the dollar earned by white, non-Hispanic male workers. Because immigrant workers are often unfamiliar with their rights and fear deportation or employer retaliation, the problem is more difficult to assess and, in reality, may very well be even worse than these estimates.
We also see that Latinas are attaining higher levels of education that qualify them for higher-wage work, but take home pay is still reduced by wage discrimination. This means that we have more educated Latinas who are earning the same as white, non-Hispanic male workers who have little to no higher education.
Some think that women need to "lean in" in order to truly reap the benefits of their hard work and labor. However, for Latina workers, the racialized, gendered pay gap would literally cause them to fall on their faces with no safety net if they lean in any more. Latinas cannot lean in any farther, and leaning in is counter to many cultural norms. Latina workers are already becoming more educated and qualified than other workers in some industries, yet they are not being compensated equivalently for their work, their skills, and their talents.
Others argue that Latinas need to do a better job bargaining for compensation and benefits. While it might be true that workers could benefit from being encouraged to become their own best advocates when negotiating salary packages, employers should have a floor that it uses for all of its employees irrespective of immutable characteristics like race and gender. Certainly, these guidelines must establish that a worker should not be paid at half of another workers pay when she offers similar expertise and experience to the same work or position. Business ethics should require employers to set a compensation baseline for all workers based on the desired qualifications, not the ethnicity or sex of the people that they aim to employ. Further, the easy excuse that the worker was not skilled at asking for more should not be an acceptable justification.
Latina workers are not asking for any favors. They are simply asking to be treated with fairness and to be compensated equally for all that they contribute to the workplace and our nation's economy.


[1] The terms Latina and Hispanic are used interchangeably in this article.

Lili Gil Valletta is an award-winning entrepreneur, World Economic Forum Young Global Leader and a regular TV contributor. She is the cofounder and CEO of CIEN+ (Formerly known as XL Alliance) a firm that helps organizations unlock the power of multicultural markets with research, creativity and purpose. She is also the creator of Dreamers Ventures, an alliance of investors and business experts that select, mentor and launch products created by Latinos to sell on Television- in partnership with HSN. Prior to launching her company, she had a 10-year career at Johnson & Johnson where she was one of the youngest executives, pioneered multicultural marketing initiatives and co-founded the Hispanic Employee Resource Group HOLA. In 2015 she launched CulturIntel™, a proprietary big data methodology that maps the consumer insights and their decision journey across cultural segments. CulturIntel™ has gained the recognition of news, academia and industry experts as a Game Changer of 2016 by MM&M, Top Innovator by PM260 and has been used by Fortune 100 companies and institutions like Harvard University to report unique insights. She is also the recipient of many industry awards including Top 40 Under 40 by PODER Magazine, LULAC Latina Achievement Award, New York's Top 25 Rising Latinos, ImpreMedia Outstanding Women, among others. She is a member of the Harvard Kennedy School Women’s Leadership Board, the YMCA USA Board of Directors and a mentor to the Stanford University Latino Entrepreneur Leaders Program. 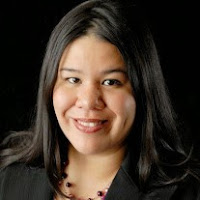 Mónica Ramírez is a nationally recognized expert with more than two decades experience on the eradication of gender-based violence and the promotion of gender equity on behalf of Latinas, farmworker and immigrant women. Since 2003, she founded two ground breaking legal projects aimed at ending workplace sexual violence and other forms of gender discrimination against migrant farmworker and low-paid immigrant women for Florida Legal Services and the Southern Poverty Law Center. In addition, she created the award-winning Bandana Project. In 2012, she joined Centro de los Derechos del Migrante, Inc. as its Deputy Director, where she provided vision and leadership on CDM’s migrant women’s project, among other responsibilities. In 2015, she became the first Director of Gender Equity and Advocacy for the National Hispanic Leadership Agenda (NHLA), a coalition of 40 preeminent Latino organizations in the United States. In addition to her role at NHLA, she joined forces with the Labor Council for Latin American Advancement (LCLAA) as its Director of Gender Equality and Trabajadoras’ Empowerment to help further LCLAA’s work on the Trabajadoras (Latina workers) campaign. Mónica serves on the Board of Directors for the National Farmworker Women’s Alliance and the National Latina Institute for Reproductive Health’s (NLIRH). She is a graduate of Loyola University Chicago, The Ohio State University’s Moritz College of Law and Harvard University’s John F. Kennedy School of Government.


Posted by Lindsey Shepardson at 11:04 AM