Obstacles and Opportunities for Rural Latinas and Political Engagement


Growing up in rural Ohio as the daughter and granddaughter of former migrant farmworkers, I had very limited exposure to Latino politicians. Given the national statistics, it cannot be surprising that I do not recall hearing about or meeting any Latino political representatives until I was in my late teens. Latinos in my community were not the ones who were making important policy and political decisions that impacted our families or our communities. We did not have representatives or spokespersons that assumed this role and children, like myself, did not have political role models of our same ethnicity to emulate. Even if we had believed that it was possible to become a political leader, we certainly did not know how to make it happen.

Today, the Latino population throughout the United States has ballooned, with significant growth occurring in rural communities around our nation. Sadly, despite the fact that the numbers are changing, there are still few Latino elected officials who can fight to ensure that there are good laws that address the priorities of Latino families and communities. While sizable in numbers, Latinos are still confronted with immeasurable obstacles when it comes to issues like immigration, education, economic stability and health. These issues are not unique to Latinos but they are matters that are impacting our community in significant ways.

Women also hold a minority of elected positions in the U.S. with a particularly low number of Latinas winning political positions. In fact, according to a report published by LatinasRepresent, a joint initiative of Political Parity and the National Hispanic Leadership Agenda, “25,000,000 Latinas live in the United States. Of the 8,236 seats in state and national political office, only 109 are held by Latinas.” Thus, there are not enough women, including Latinas, in positions of power to ensure that women’s rights are preserved and augmented, where needed.

The rapidly changing demographics within the United States require that more Latinas run and win elected positions at every level of government. To date, efforts have been made to reach Latinas living in urban centers within our nation through meetings and trainings hosted by LatinasRepresent and other groups. Similarly, it is important to gain deeper insight into the political reality of Latinas living in small communities in our nation, like the deep South and the Midwest, places that have seen huge growth in the Latino population but whose political power has not risen at commensurate rates.

Over the last couple of months I have had the opportunity to conduct research into the civic engagement of rural Latinas, a curiosity that was born of my own experience as a rural Latina. The purpose of this research has been to garner greater awareness about what women in these communities, from Texas, North Carolina, New Mexico, and other states, view as both opportunities to become civically engaged and to, perhaps, someday seek elected or appointed positions at the local, state or federal level. 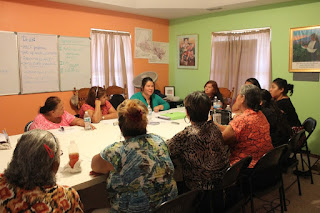 The research and the focus groups that I have conducted with rural Latinas have highlighted concerns that women have about throwing their hat in the political ring. Among these, they raised valid concerns about securing the capital required for a campaign, the need for training to seek office and a concern related to the connections required to run a successful race, to name a few. Other women, like Diana Bustamente, a sitting Probate Judge in Doña County, New Mexico, provided important wisdom and insight that may assuage some of the concerns that participants expressed. “I... knew that my most valuable assets were my time, my team and, in the end, my two feet.” Bustamente, a former migrant farmworker and a first time elected official, had very little money to finance her campaign. Rather, she relied on a campaign manager, a team of volunteers, and one-on-one contact with her constituents, which her team gained by canvassing the entire county to seek support. While Bustamente had no prior political experience, she had been civically engaged for many years as a community leader and Executive Director of a local non-profit organization.

This study is important not just because of the Latino population boom or the recent focus on the gender gap in U.S. politics. It is vital because a representative democracy requires that men and women of every community, urban and rural, and people of every gender, ethnicity, religion, and socioeconomic background, be afforded the same opportunity to seek and hold political positions. In sum, it requires that our political leaders reflect our values and beliefs, along with a shared understanding of the lived experiences that have informed these ideals.

The forthcoming report will shed light on some of the unique issues, considerations and obstacles that confront rural Latinas, an emerging demographic whose political power remains largely untapped despite its limitless potential. It will also provide a brief glimpse at rural Latina elected officials, like Bustamente, who are blazing a path for the women and girls who will one day follow their lead and their example. 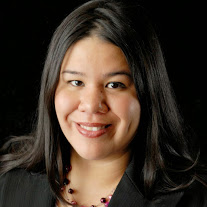 Mónica Ramírez has been a farmworker and immigrant rights activist for nearly two decades. She is a civil rights attorney, a skilled public speaker and an author. Mónica is also a nationally recognized subject matter expert on workplace sexual violence against farmworker and immigrant women. She earned a Bachelor of Arts in Communications from Loyola University Chicago, a Juris Doctor from The Ohio State University and a Masters in Public Administration from the Harvard Kennedy School. Mónica is currently the Director of Gender Equity and Advocacy at the National Hispanic Leadership Agenda in Washington, D.C.
Posted by Kerry at 9:43 AM