As soon as she walked into the Newly Elected Members of Congress Conference at Harvard, Congresswoman-elect Kyrsten Sinema lit up the room with her personality – exchanging greetings with her colleagues like they were old friends, meeting Kennedy School staff and students with genuine interest. It was refreshing to see this dynamic young woman, stylish and hip, in a room dominated by suits, grays,  khakis and blues. Her personal style reflected and amplified this energy – a splash of color rivaled only by Congressman-elect Joe Kennedy’s bright red hair. 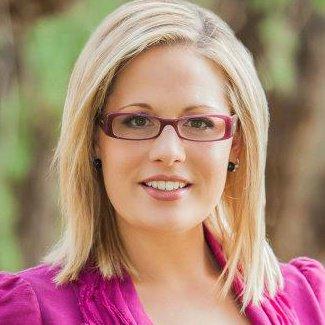 Before I get in trouble with fellow feminist bloggers for focusing on looks – I was impressed above all by Congresswoman Sinema’s seriousness of purpose and sharp political sense. Her relentless commitment to her constituents was evident and her energy contagious.

Below is a recreation of our conversation based on my notes.

When did you know you would run for office?
I was a social worker, and I saw that the system was not set up for these kids to succeed. So I figured if I just go down to the state legislature and tell them what needs to be done to fix it, they would fix it. So I did that, and they all thought it was so cute…and they didn’t do anything. That’s when I said, ‘you know what, I will take your job and do it better’. That’s when I decided to run.

What was most challenging about the congressional campaign?
Everything! It was a tight race that turned nasty with lots of outside money. The worst was hearing terrible things said about me on TV, knowing they weren’t true, but not having any recourse. I just had to keep on telling my story.

What (if anything) was easier than you expected?
I am lucky – I grew up in Arizona and I had been a community organizer for years, so I know the people in my district. What was amazing is that when I asked people for help, they came out in droves and helped. It was inspiring.

Did your community organizing experience translate into your campaign?
Oh, it’s the same thing! Community organizing is all about getting people to come together and be part of solving a problem, which is what campaigns are supposed to be, right? When people truly are invested and feel that they are part of the solution, that’s very powerful.

Advice to young women thinking about running for office?
If someone tells you that you can’t do something – ignore them. Look, I’m young, a woman, openly bisexual, not a member of a faith community, so yes, some people were telling me I shouldn’t run, that I couldn’t win, but I did.

Anya Malkov is an MPP candidate at the Harvard Kennedy School, a WAPPP Cultural Bridge Fellow, and an alumna of From Harvard Square to the Oval Office.
Posted by Anya Malkov at 12:24 PM