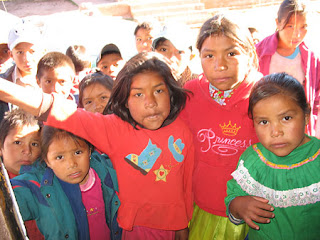 The Talk: Educational Choices and Subjective Expectations of Returns: Evidence on Intra-Household Decisions and Gender Differences

The Question: Why do teenagers in developing countries decide to go to scho
ol, and is your decision based on whether you're a girl or a boy?

Policymakers interested in closing the gender gap in schools, pay attention. A new paper on why students in Mexico decide to pursue higher education may hold key answers to how men and women invest in their futures - and why marriage doesn't seem to be the answer anymore.

A paper penned by Katja Kaufmann and the economist Orazio Attanasio last year studied the decision-making process of families in Mexico deciding
to send their children to high school and college. The team was curious to see if expectations of making more money by getting a better job with a higher level of education mattered more for young men or women, and if education had begun to replace marriage for females seeking a stable future.

The Results: When it comes to boys attending high school, their decision -- as well as that of their parents, matters. Boys are more likely to enter their senior year of high school if the family supports their decision. Attending college, on the other hand, depends on the boys themselves: hopes for a good job and higher pay drives many to pursue higher degree.

Girls, however, seem ruled by a maternal hand. Whether girls enter high school or college largely depends on a mother's opinion, and whether potential marriage prospects outweigh the benefits of earning an extra
degree. (The influence of fathers, meanwhile, was not directly studied. One-fourth of the participants came from mother-only families, making it hard to control for the role that paternal decision-making plays.)

Twist: While girls may forego college opportunities for marriage, they are also more likely to go to college if they live in a region where there aren't many educated men. Greater potential for an educated mate, or the safety of attaining better working opportunities as a single woman, drive many to attend college.

Take away: Ms Kaufmann was surprised by her findings; education has improved tremendously in Mexico over the past few decades, and opportunities are equally available for boys and girls. She wasn't expecting such a strong influence from mothers on their daughter's education, nor the gender imbalance when it came to making decisions. It would be interesting, she said, to run the same study in a different context, such as the United States.

For policymakers, such findings may have an impact on the design of programs aimed at increasing school enrollment by awarding cash or fellowship grants to students. 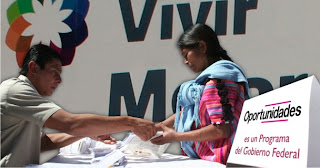 Oportunidades, for instance, a social assistance program in Mexico for the poor, is considering the possibility of issuing schooling grants directly to students. This paper could inform how such grants are awarded if it is indeed true that teenagers play a constructive, decisive role
in enrolling and attending school.

Effie-Michelle Metallidis is a guest student blogger for the Women and Public Policy Program and Master in Public Policy first-year student at Harvard Kennedy School.
Posted by EMM at 11:00 PM