Changing the Face of Corporate Governance

In an attempt to promote gender diversity on corporate boards, a number of countries including Norway, France and Spain have adopted quota-based models. According to constitutional lawyers, such a model has no chance in the United States. So when large institutional investors lobbied the Securities and Exchange Commission (SEC) to collect information about corporate board diversity practices, the US adopted a disclosure-based approach to the issue. 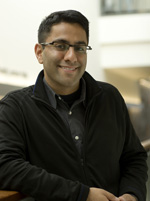 In 2010, the SEC began to require publicly traded companies to disclose in their proxy statements certain information about diversity considerations in board nominations. A proxy statement is a special report sent to shareholders in advance of the company's annual meeting.

Aaron Dhir, Associate Professor of Law at the Osgoode Hall Law School at York University, combed through the proxy statements of all S&P 100 companies for 2010 and 2011. Two years is not enough time to actually see board composition changes, but Dhir’s qualitative and quantitative content analysis presents a picture of the corporate response so far and raises questions about the efficacy of the SEC rule as a nudge toward greater board diversity.

In contrast to the command and control quotas, the idea behind more subtle nudge-based new governance models is that behavior can be changed by regulations that facilitate reflection by senior executives upon diversity and disclosure of relevant outcomes to the interested public. The approach takes longer to bear results than a simple requirement would, but it is supposed to facilitate change that is perceived less as an imposed burden and more as an organic development.

Under the 2010 SEC rule, annual proxy statements had to include whether the board nominating committee considered diversity in director nominations, if so, how the consideration was made, and if there was a board diversity policy then how this policy was carried out and evaluated.

The SEC did not provide any particular definition of diversity. As a result, Dhir found that the vast majority of companies considered diversity in terms of experience. Some of them considered demographic factors alongside the experiential diversity, but a number of firms limited the discussion at experience, which is, arguably, something that any board would do without any rules. So while the SEC regulation shed light on corporate board practices, it may not have changed those practices in any appreciable way.


Further bringing into question the rule’s efficacy as a “nudge” is Dhir’s finding of very little change between 2010 and 2011 statements. Ongoing reflection about board diversity would, presumably, be reflected in some kind of practice change from year to year, but it seems like in this case the rule prompted creation of a boilerplate language to be used and re-used. This raises another troubling question – if the rule simply allows corporations to “check the box” on diversity, then it may actually inhibit meaningful progress.

While the spirit of the rule is arguably to foster greater corporate diversity, the letter of the rule as it currently stands does not push companies to change their practices in any way. In fact, it even allows for responses like Berkshire Hathaway’s:

“In identifying director nominees, the Governance, Compensation and Nominating Committee does not seek diversity, however defined.”

Since the rule does not require companies to consider diversity, just to disclose whether or not they do, BH's response is completely appropriate.

This is where the shame factor comes in. For a disclosure-based policy to be effective in changing behavior there has to be an internalized social norm that certain responses will be met with disapproval. However, if there is no such social norm then the disclosure is meaningless.

Dhir argued that while the importance of diversity has been recognized by corporations on an operational level, this mentality has not yet permeated the thinking of boardrooms about their own diversity situation. Several audience members went further, positing that diversity is not even a broadly recognized social norm in the U.S.

Having engaged in discussions on the matter and read comments on articles dealing with race and gender, I recon more Americans would endorse some notion of meritocracy than embrace the intrinsic value of diversity.

To change the face of corporate governance, I believe we need not only a stronger nudge from the SEC, but also more pressure on companies from the institutional investors who pushed for the rule from the beginning. (Like this "Say No to All-Male Boards" campaign). We also need to see more research from organizations like Catalyst, demonstrating that diversity is a smart business practice. Perhaps with a concerted effort we can convince enough people to tip the balance toward making diversity a widely-held social norm.

Anya Malkov is an MPP candidate at the Harvard Kennedy School, a WAPPP Cultural Bridge Fellow, and an alumna of From Harvard Square to the Oval Office.
Posted by Anya Malkov at 10:54 AM